This is a guest post by Dr Rachael Cayley (@rachaelcayley), Associate Professor (Teaching Stream) in the Graduate Centre for Academic Communication, School of Graduate Studies at the University of Toronto. Rachael edits the Explorations of Style blog, all about academic writing, and is currently working on a book about thriving as a graduate writer. The piece below is based on her research into how supervisors support doctoral writers.

In the research project that ultimately took shape, my intention was not to replace systematic negativity with upbeat anecdotes. My goal was rather to find a better entry point to a crucial question: How can doctoral supervision be made more sensitive to writing? By working from positive accounts, I hoped to gain insight into supervisory practices that have worked for doctoral writers.

The article that I ended up writing about this research reported on interviews with seven doctoral supervisors. Each of those supervisors was recommended by a doctoral writer as an effective support of writing. In my work with doctoral writers, I meet many who are happy with their supervisors while nonetheless feeling somewhat unsupported as writers.

Those good relationships are often based on compatible research agendas, shared methodological commitments, or personal respect. Perhaps because writing development isn’t generally framed as central to doctoral education, a doctoral researcher can appreciate the supervision they’ve received and still say that their supervisor doesn’t give consistent developmental writing support. To ensure that I was being directed to supervisors who were specifically good with writing, I used the following question: Was your supervisor particularly interested in supporting the development of academic writing skills? In the end, I was able to identify seven supervisors who were willing to talk to me about their work as supervisors of writing.

What do good supervisors do to support writing?

These supervisors expressed similar ideas in three related areas: reflexivity about writing; awareness of variability among doctoral writers; and acceptance of the profound challenges facing doctoral writers. Taken together, their responses showed a high degree of awareness of writing and its challenges. Writing was presented as inherently hard, as developmental, and as influenced by the character of the individual writer; thesis writing, in particular, was seen as legitimately challenging, both intellectually and psychologically.

In three other key areas, the supervisors expressed significant differences: attitudes towards the appropriate degree of supervisory support; commitment to writing support as professional development; and facilitation of peer mentoring. The most notable area of divergence concerned the appropriate degree of hands-on engagement vis-à-vis thesis writers. These supervisors said strikingly different things about how they viewed their responsibility to manage the work of doctoral writers. Their practices could easily seem too harsh or too nurturing, but they appear to be benefitting individual writers when integrated into an approach that is intentionally supportive of writing.

Overall, these patterns of commonality and difference suggest that good supervisory writing support may allow for significant variations as long as it is grounded in reflexive notions of writing. Doctoral writers may not need a set amount of personal support, for instance, as long as the supervisor has a generous attitude towards the challenges of academic writing.

How can we use this to help doctoral writers?

The value of this conclusion is that it suggests a core area for development—reflexivity about the writing process—without needing to touch upon all areas of supervision. For institutions looking to increase support for supervisors, this finding points to an accessible route to improved supervision: Doctoral supervisors can be encouraged to be reflective about writing, understanding about the challenging nature of doctoral writing, and cognizant of the way that different writers will need different sorts of support.

What’s particularly interesting in this suggestion about writing reflexivity is that it could push us towards a different academic writing culture on our campuses. Developing writing reflexivity is likely to be beneficial to supervisors, not just as supervisors but also as the academic writers that they themselves strive to be. If we can create an atmosphere that promotes a greater awareness of writing and its foundational role in the lives of researchers at every level, all researchers will benefit. To return to the starting point of this research project, supervisors who are themselves well supported as writers will then be prepared to engage with their doctoral writers as writers.

This blog is licensed under a Creative Commons Attribution-NonCommercial-ShareAlike 3.0 Unported License. Permissions beyond the scope of this license may be available at kay.guccione@gcu.ac.uk 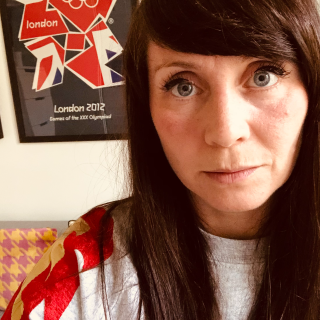