I teach professional practices in coaching and mentoring* in an education context and have developed some short workshops for academic supervisors and principal investigators that focus on the relational aspects of research leadership and use coaching techniques as the basis for conversations that help people develop their thinking and understanding.

Coaching as a style of supervision, is about putting the learner in the driving seat their own development. It works well when…

Before you decide whether to have a go then, though lets take a look at some of the coaching myths that surface in my supervisor workshops… and in fact can come up whenever I mention to people that I’m a professional coach:

(1) Coaching is just telling people to tidy their houses [bites fist]. The coaching industry is not fully regulated though we are moving towards this. Some of us have a masters degree in educational theory and practice topped up by 100s of annual hours in the field and in practice supervision. Some…not so much. You don’t have to be qualified, accredited or licensed to use the term ‘coach’. Hence some people charging big bucks to tell you where to keep your shoes.

(2) Coaching is about achieving business performance goals and targets. Not so neo-liberal! Coaching can be that, but it is not alwaysthat. There’s a growing body of literature documenting coaching as an educational practice and one that managers anywhere can use as a part of their daily work as a tool for relationship building, motivation and celebrating success. No need to conflate coaching with deficit culture, measures of performance, or target setting.

(3) Coaching is indulgent/navel-gazing/self-help rubbish. Theres a (very welcome) kickback about un-evidenced pop-science, the theraputisation of education, and about the downside of striving for constant ‘self improvement’. Within this discourse sometimes coaching gets a bad rap (n. dishonor resulting from false accusations or trumped-up charges) because coaching can (and has) been used by organisations as a way to ‘fix people’ or ‘solve problems’ within a deficit model — i.e. a ‘you’re not good enough’ culture. The coaching I do is much more about exciting dialogue that sparks new ideas and motivation, than me as the hero, fixing people to make them better.

(4) Coaching means you can’t address what a person isn’t doing well. It’s common to hear people share their opinion that coaching is about only saying nice things, or about avoiding difficult truths. I honestly don’t know where this comes from as an idea. While you may struggle to coach someone with whom you already have a strained relationship and can’t talk speak difficult truths, coaching is not in itself about avoiding giving some of the harder feedback. Rather the opposite, the conversation style encourages insight and awareness, and self-evaluation, instead of manager-critique. Help them see, rather then tell them.

(6) Coaching is about being distant or ‘clinical’ and is straying into therapy. This is a really important one. Coaching is a separate discipline form counselling and from therapeutics. It uses some of the same conversational techniques, indeed it’s appropriated some, but within a different context and for different outcomes. It might ‘look’ the same, but in coaching we aren’t working with people in significant and prolonged distress, or working on objectives such as persistent patterns of unhelpful thoughts or behaviour. You can ‘do coaching’ with a person who is also engaged in counselling with a qualified professional, the two are separate ways of developing capability and with some open dialogue can be complementary.

In summary, I hope that with some of the coaching myths out of the way, you are feeling more like becoming a coaching legend could be for you. Ready to give it a go? Next time you have supervision or catch up meeting, just try to hold off on jumping straight to advice.

So what on earth does coach or mentor (Person B) do? Well, you could start by asking your coachee questions about their work, themselves, and their progress, in preference to feeling the need to answer them. Yes coaching is more difficult than just directing someone to ‘go do X’, but there are some clear benefits to you in the longer term though if you help others to feel confident to take responsibility & ownership of their work and their development — the essence of building an independent researcher.

* If you’re looking for definitions…There is a complex debate across the coaching/mentoring literatures as to what constitutes and differentiates coaching or mentoring, whether they are the same, and how they may differ from each other (e.g. see Garvey, B., Stokes, P., & Megginson, D. (2014). Coaching and Mentoring). I’ll leave it you to decide which you prefer but in shorthand I use these terms to mean: 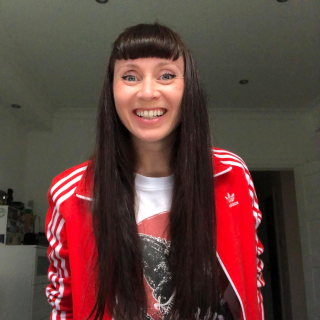